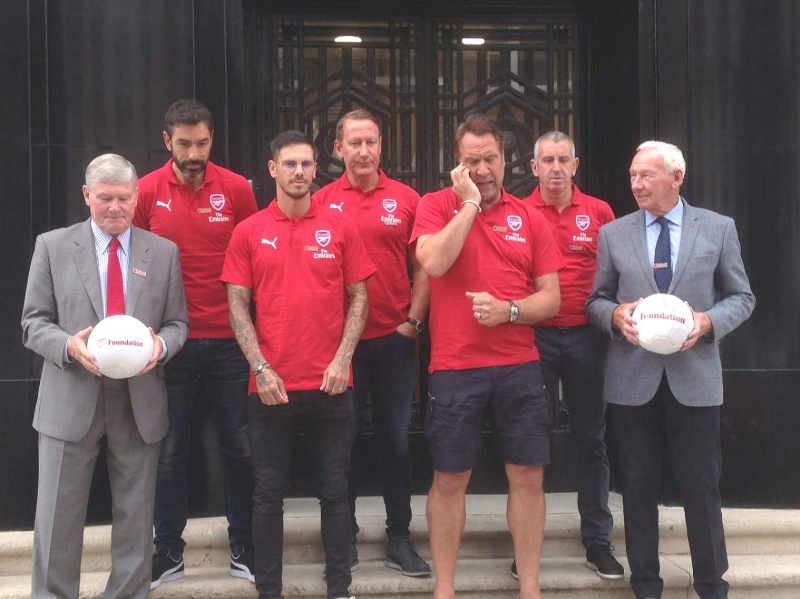 Private  taxi tours for up to 6 people.

Pick up and drop off in central  London

Prices start from £232 per taxi

Tour Price per taxi/ up to 6 people

A unique tour, full of football flavour, football Stories and great London highlights. In 1863 and in a London tavern 12 men got together to decide the rules and regulations of the beautiful game. The game went on to cover the globe with its spirit and splendour. A game full of heroes as well as the occasional villain, driven by passion, loved by the fans. London and football has a story and we want to tell it to you. 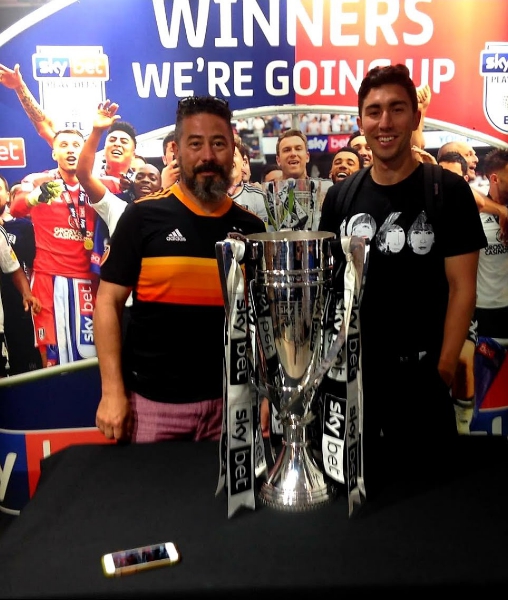 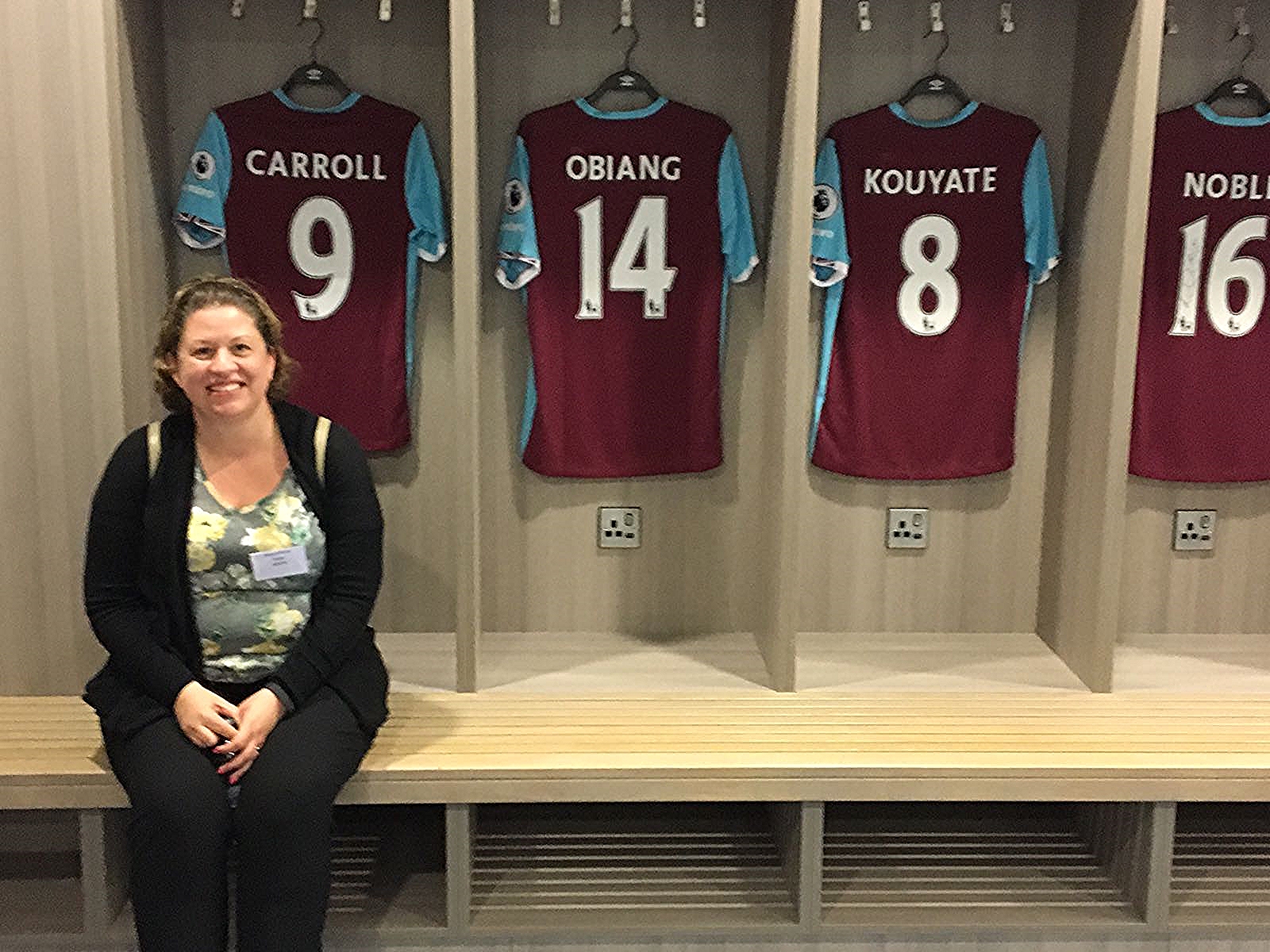 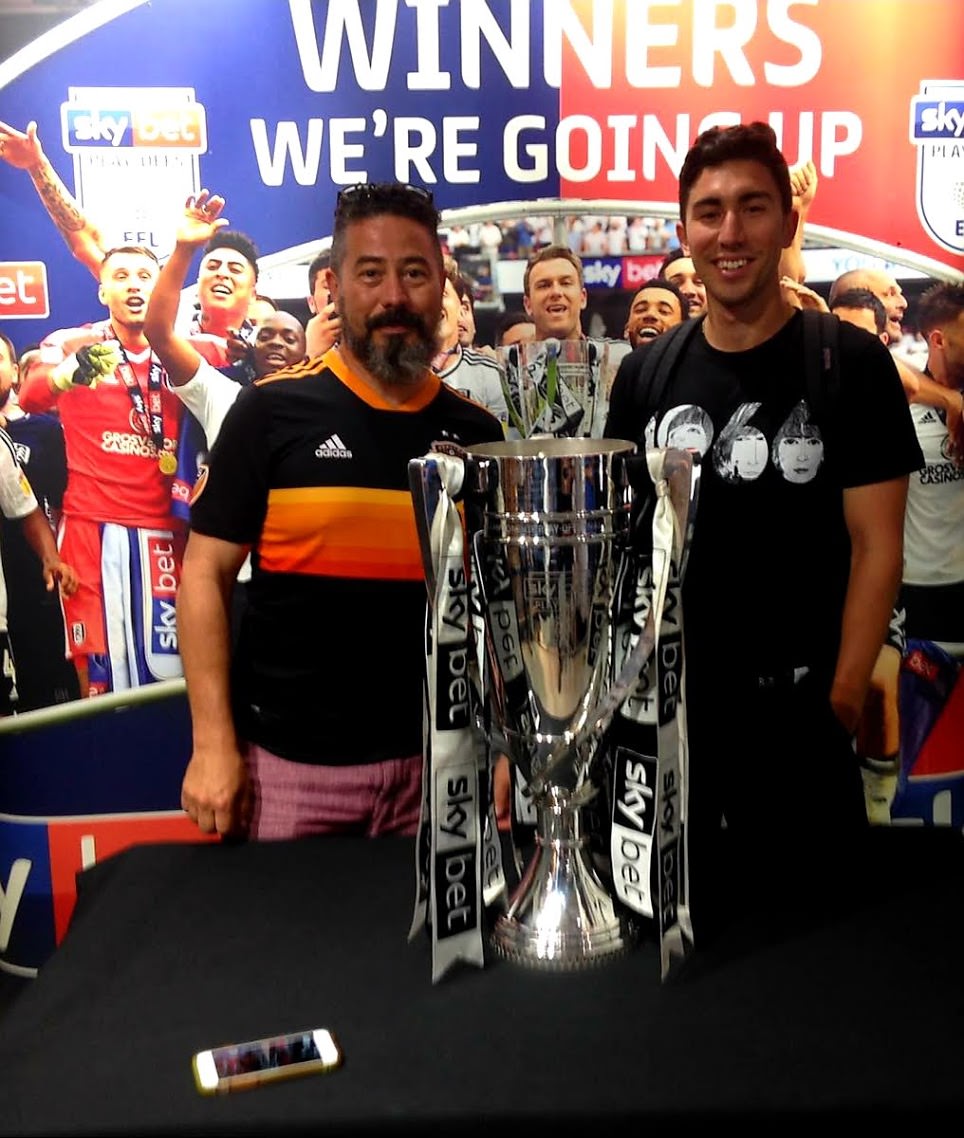 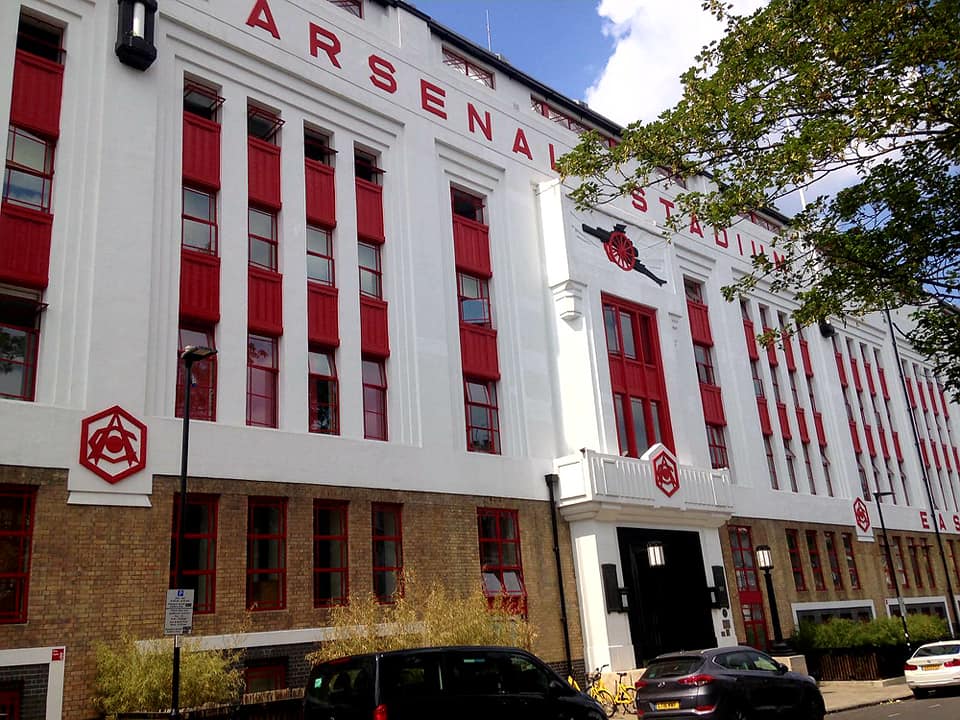 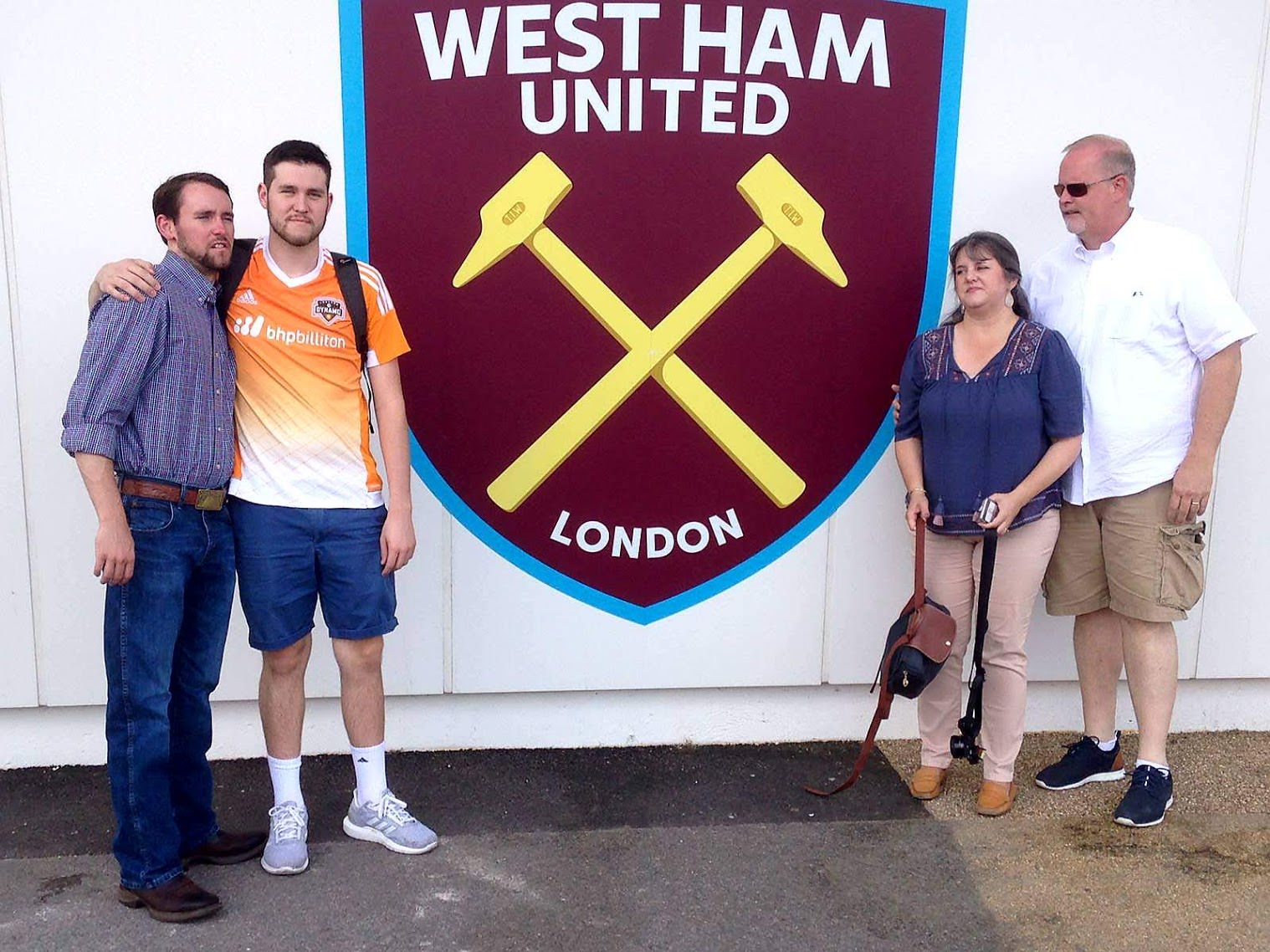 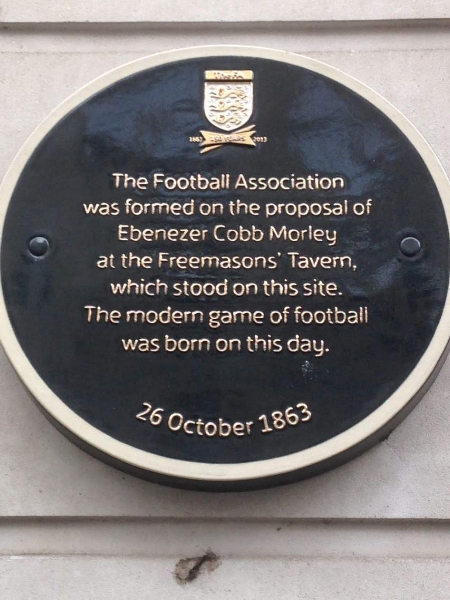 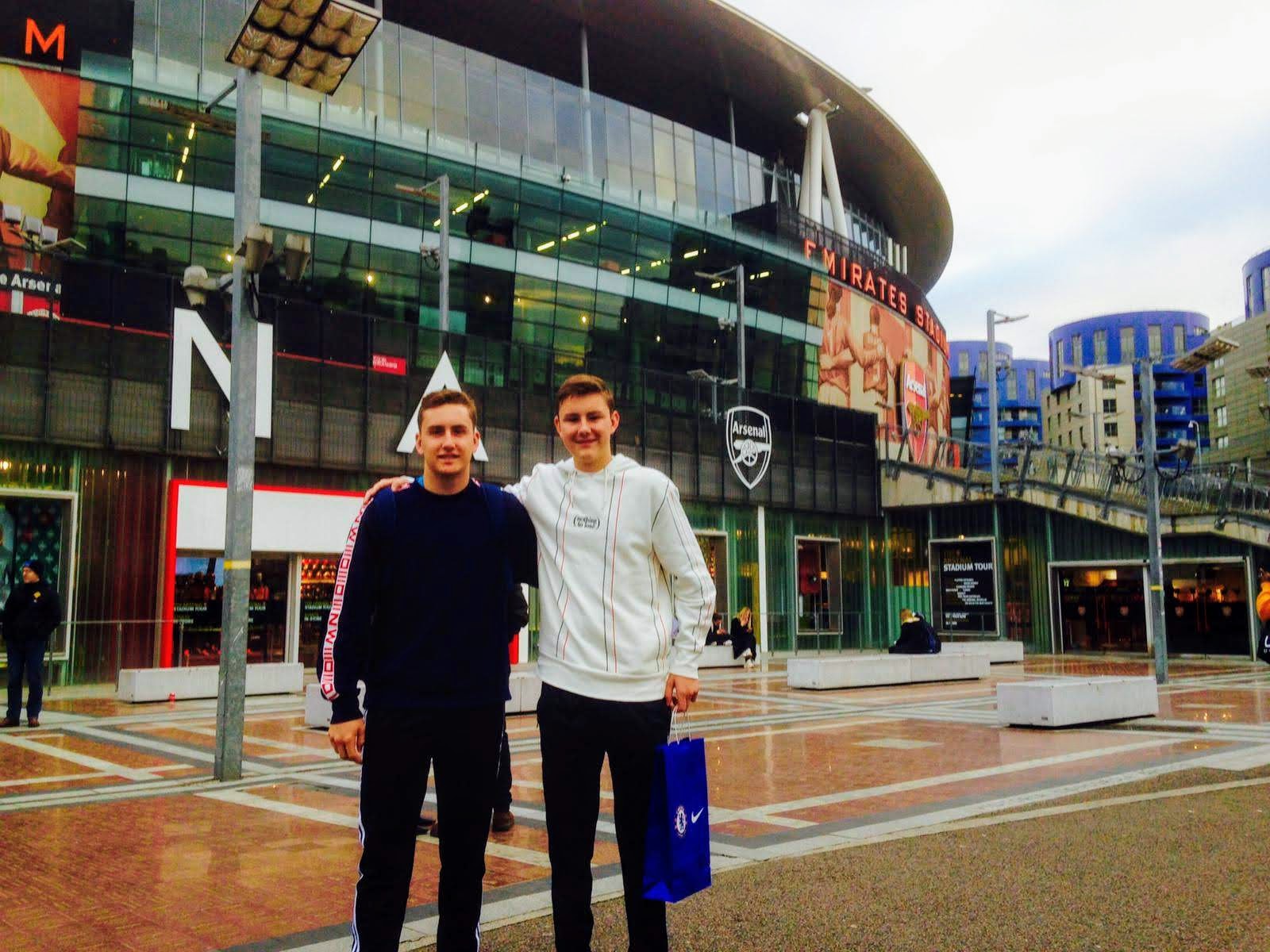 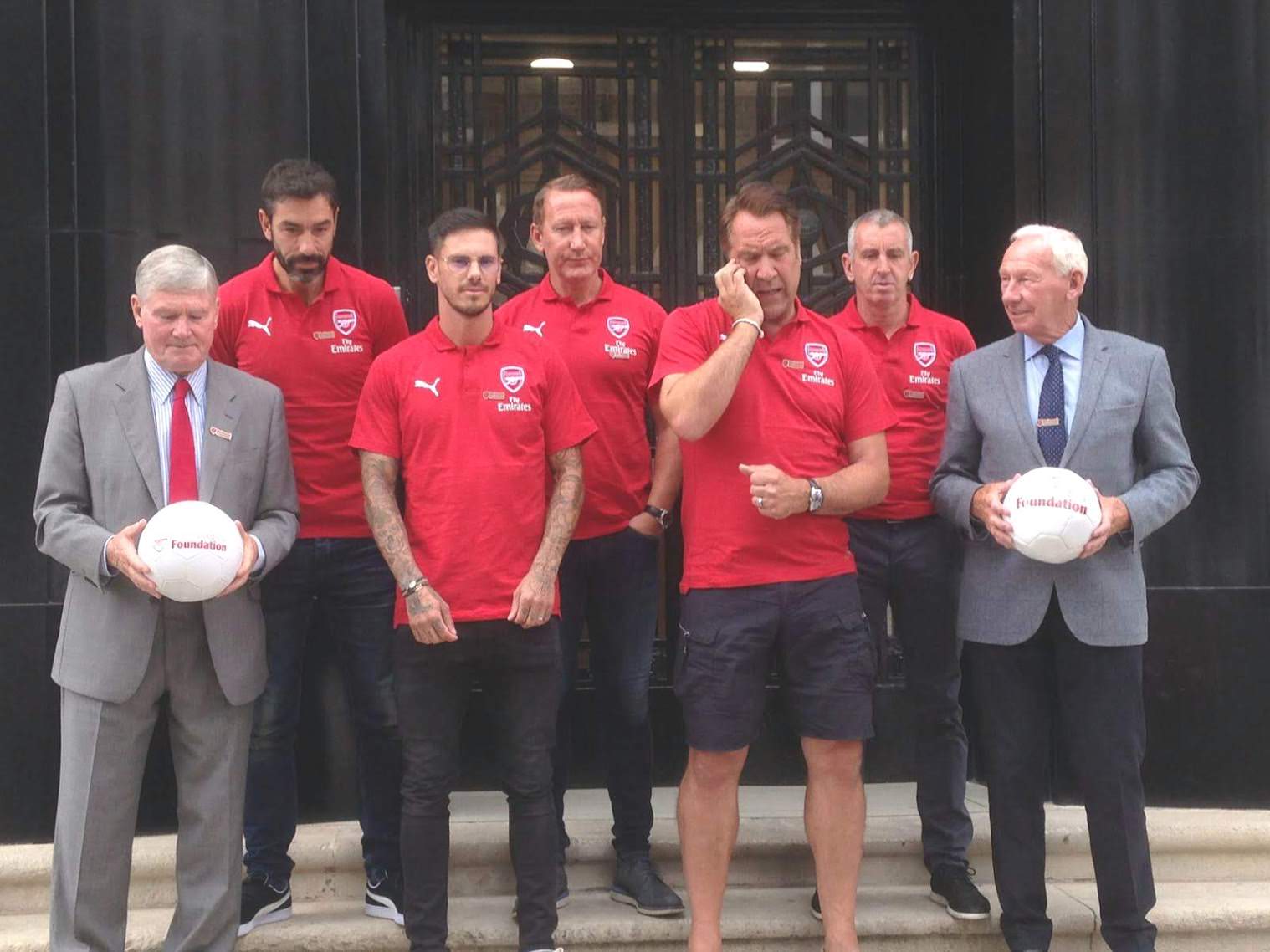 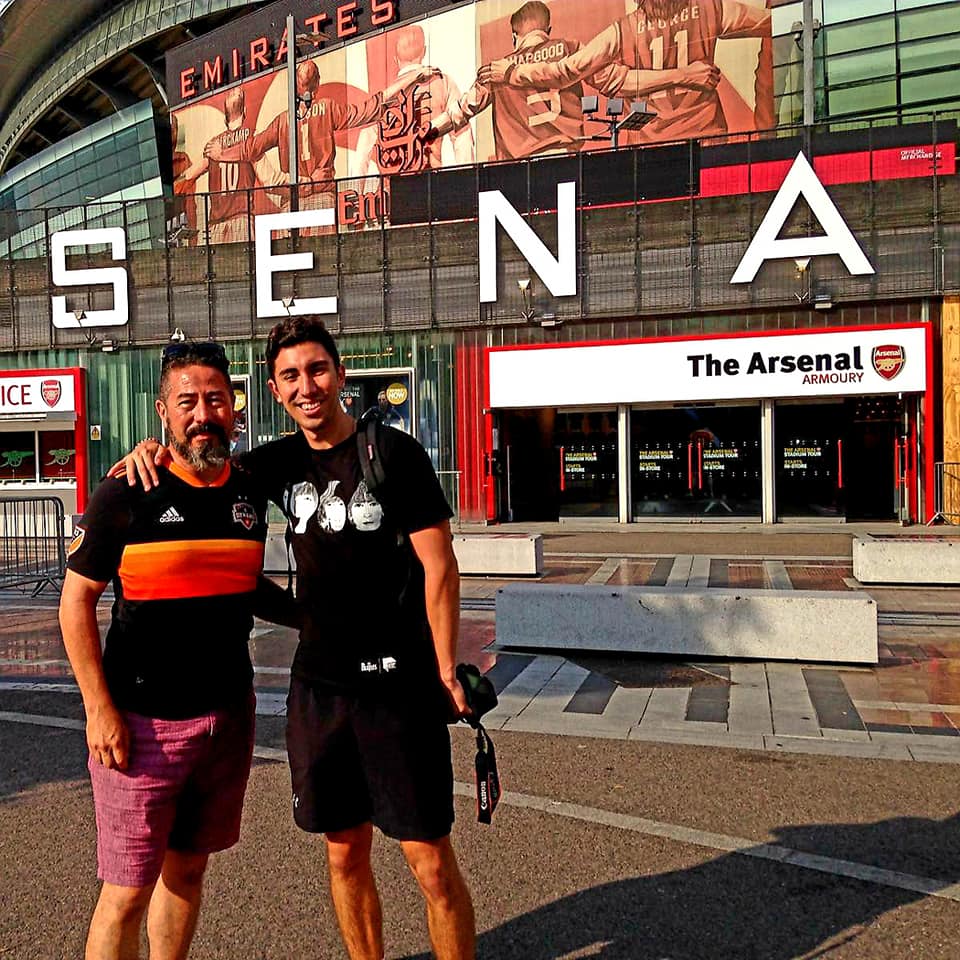 This is a fantastic tour and  favourite with overseas football fans who love our London teams.  Maybe this could be the tour for you and your pals to kickoff a stag day hullabaloo.  Or a surprise father’s day/family treat to endat his/her favourite team's ground.

Your Tour will Include:

Your tour will also include seeing any 2 of the London football club stadiums, as long as there is no game on.  After you have booked we give you a call to make sure the clubs that are closest to your heart on your tour.

Want to combine our football taxi tour with an internal tour of your favourite Football Clubs? Then read more below.

All our tours depart on the hour, all day and evening.  However, if you need a different start time just book and then let us know.

PICK UP AND DROP OFF:

We will pick you up and drop you of at any central London hotel or pick up point.  This is included in the cost of your tour.

INCLUDED IN YOUR TOUR:

NOT INCLUDED IN YOUR TOUR:

- Drinks and snacks
- Gratuities – always at your discretion

- Yes, you can jump out of the taxi at any time to explore or take photos
‍
- All tours are fully refundable if cancelled with more than 24 hours’ notice
‍
- Something else you want to know?  Check out our frequently asked questions.
‍
- Want to check out our 5 star reviews on Tripadvisor?  You can check out our TA, Google, Facebook and Yell reviews here . Please come back to our site and book directly rather than through TA or Viator.  This means we get to talk to you directly about your tour and what we can do to give you the very best experience possible.

Our private taxi tours let you enjoy an exclusive sightseeing experience with a personal touch. Away from the crowds, getting to see the very best of London.

Instead of taking the standard tourist routes, we can tailor your private London taxi tour to suit your interests,  the London sights and attractions you most want to see!

Looking for something really authentic?  Our London taxi drivers are locals who are passionate about London. Nobody knows London like a London black cab driver.

With an affordable private sightseeing taxi tour you can schedule the times that suit you best.

Need a comfort or  coffee break?  Want to stop for a photo? Never a problem on one of our private taxi tours! Flexibility is what our taxi tours are all about.

Our London taxi tours are completely weather proof. If it rains it doesn’t matter!

Tour Price per taxi/ up to 6 people

See how your part of London has changed and revisit old haunts. Take a Visit London Nostalgia Taxi Tour and go back in time.

On London’s doorstep, tour Essex and her most beautiful English countryside. Just an hour from London by London black taxi.

Your London Highlights Taxi Tour will maximise the sightseeing time you spend in London and the fun you have. A private london city tour for up to 6 people.

Let’s see if we can answer any of the questions you might have about our taxi tours:

Is this a private taxi tour of London?

Yes, your taxi tour is private. The taxi is just for you and the people you want to see London with. Because it is a private tour we can tailor it just for you. We can skip things you are not interested in and include all the landmark places and iconic buildings you came to London to see.

How long is a London taxi tour?

All our tours start at 3 hours. You can have longer tours. Just contact us if you need some help to work out what you want.

How much does a tour cost?

Our tours start from £232 and are for up to 6 people. That is excellent value for money.

So the tour is not per person?

No, we charge for the taxi not for people.

Does that include picking us up and dropping us off from our taxi tour?

Yes, we will pick you up and drop you off at any central London location. For when your private cab tour is finished we can recommend a drop off point that is in keeping with your themed tour. This will maximise the sights you see and fun you have that day. Or, drop you back where we picked you up from. Just tell your driver at the beginning of the tour, where you would like to end your day.

What else is included?

Your taxi tour guide will be providing a live commentary for you throughout the tour.

So what’s not included?

Once I have paid for my tour will there be any additional costs?

No, not at all. Unless you want to extend the duration of your taxi tour past the original booking.

Does a bespoke tour cost more?

Not always. If, for example, you want 2 hours on London Highlights, an hour on Harry Potter and a little Rock n Roll on your tour, we are not going to charge you more for that. Check out our bespoke taxi tour page to get some ideas on how to design and build your own tour.

How do I book a London Taxi Tour?

You can book any of our tours instantly on line. But if you would prefer to talk about your requirements or discuss over email please contact us. Or try our ‘live chat’ on the website.

Will you pick me up from a London airport or airport hotel for a taxi tour?

Yes we can but none of the airports are within central London and so pick up and drop off would not be included in the standard tour price. In fact most London airports are around a 60 minute drive away from central London. You may need to look at our Airport Layover Tours page to get a better idea of additional costs. Our layover tours are very popular. Our guests love the way we design the tours around their travel needs.

Can we stop to take photos?

Absolutely – it’s your tour and your time. We want you to go home with fabulous memories of London. Check out some of our Visitors photos or our Facebook page to see some of the great photos our guests take.

Can we stop for a coffee, eat on the go? Take comfort breaks?

Need a comfort break? Coffee or quick refreshment? Just tell us. It’s your time and your London cab tour.

I have mobility problems is there a lot of walking?

This is a private tour so we can design the tour around your needs, if you want minimal or no walking at all, that is fine, you will still have a great tour.

Can you provide a booster seat for a small child?

Yes we can, just try and give us as much notice as possible and there is no charge. Our taxis can store pushchairs as well.

Are your taxis wheelchair accessible?

All of our taxis are wheelchair accessible, with built in ramps. However, if a person remains in the wheelchair for the duration of the tour it may limit the number of people the taxi can accommodate comfortably.  Just let us know and we will work it all out. Collapsible wheelchairs and child pushchairs can be stored in the front of the taxi cab.

We are a very large group. Can you provide more than 4 taxis?

Yes we can, we have over 20 London taxis and guides. Our biggest group last year was 6 taxis and 32 people.

How will I know when my guide has arrived for my London taxi tour.

We will be sending you your guides name and cell phone number at least 48 hours before the tour. They will text or call you ( on the cell phone number you provided) when they have arrived at your pick up location.

Do you provide tours outside London?

We sure do. Many visitors have already seen London and are ready for something different. There are some amazing things to see right on London’s doorstep and further afield. Have a look at our Explore GB collection of tours. We can organise tickets to enter attractions like Stonehenge or Windsor Castle but they will be added to the total cost of your tour.

What do your guests say about you?

We have 5 stars on Google and on Trip Advisor. You can check us out on Trip Advisor by clicking the icon at the top of the page. But come back to our webpage to make the booking. TA is a re-seller of our tours and takes a large commission.

I saw great reviews about a particular guide. Can I have him or her for my taxi tour?

We have 20 guides and they are all fantastic, but if someone caught your eye, then we would be happy to try and accommodate.

Do you have an out of hours number for emergencies?

Yes we do and it will be included in your booking paper work.

I just tried to book a tour for a particular date and it is not available. Why is that?

We block out some dates for major London events like Gay Pride or the London Marathon. This is because there will be major road closures on those dates. Otherwise it is because all our taxis are booked out for tours.

We fully refund any tour cancelled within 24 hours or more notice.

Who takes us on the London taxi tour?

Your London taxi tour guide will have passed the world famous Knowledge of London exam and have on average been driving a London Black Taxi for over 25 years.  You can read more about the taxi drivers knowledge of London here

Will our taxi guide be a qualified guide of London?

Our London taxi tour guides have additional tour guide qualifications which means their knowledge of London history, buildings, places and people is second to none. Their knowledge and passion for London means that we are confident that whatever tour you choose it will be fun, informative and memorable.

Can I have a female taxi guide if I want one?

Yes, of course you can. Just give us as much notice as possible, as we might have to move things around to accommodate you.

Can I have an electric taxi for my London taxi tour?

We have 20 taxis now in our fleet and 7 of them are electric taxis. You can read about our larger electric taxis here. The others are iconic London taxi’s and also loved by our guests. If you have 6 in your group you will be assigned a larger taxi if you have less than 6 in your party but would like an electric, just ask, we will try our very best to supply you one at no extra charge.

Who are Visit London Taxi Tours?

We are a small family business who love London and absolutely love what we do. When we are not booking taxi tours for you, we are out researching London, improving on our own knowledge by reading and visiting sites or updating our photography. If you want to know more about us check out ‘Our History’ page. We have a story we love to share.